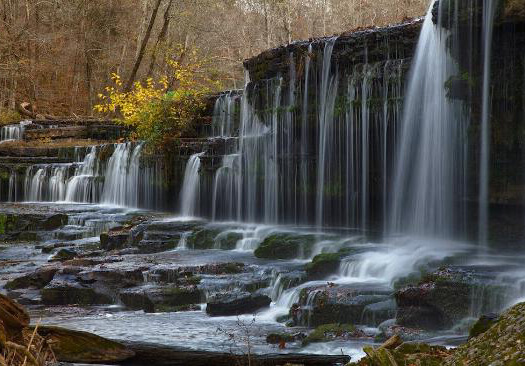 The Old Stone Fort was built during the Middle Woodland Period, 1,500-2,000 years ago. Native Americans used this area continuously for about 500 years, eventually leaving it abandoned. By the time European settlers arrived, it was unclear of what the area had been used for which resulted in it being misnamed as a fort. In 1966, the state of Tennessee purchased 400 acres of the Chumbley estate as the core of what is now Old Stone Fort State Archaeological Park.

The main hiking trail follows the wall of Old Stone Fort which was used by the Native Americans as a ceremonial gathering place. The trail threads through dramatic scenery where you can see the original entrance of the fort which was designed to face the exact spot on the horizon where the sun rises during the summer solstice. Visitors can learn about the Old Stone Fort on this hike with twelve interpretive panels as well as enjoying the areas graceful waterfalls.